I love the InFamous franchise I personally think that it is the game for the PS3, but there are some things that NEED to change. here is a link to another website of someone elses ideas and pictures  I wish that the powers will be new and more varied and that the hand to hand combat will get upgraded, I mean that they upgraded them a whole lot since InFamous 1 into InFamous 2 but they still could get upgraded more, more combos, longer combos, and special moves that use electricity would get a whole new feel to the hand to hand combat. For powers, well they are old to put it bluntly, they are the bolt, grenade, rocket, shock-wave, and of course the special move where you rain down pure lightning on your opponents or drain their life force away or, whatever you get my point I have almost memorized them all and that shouldn’t happen. They did add new types of powers, oil, and ice which was great and made the feel of the game better but it still did not do the best. Sucker Punch made the enemies weak, even the bosses were weak, Once you unlocked Lightning storm the game became easy. I think that if you can upgrade your powers (level 1, level 2, etc) that the game would be a whole lot more fun and that the enemies would become stronger.

What I am trying to say is that it is a very fun game but after playing Batman Arkham City, I was spoiled because the one thing that a lot of sandbox games have very repetitive buildings and enemies and Batman didn’t. In the First InFamous it didn’t feel like a place where it was a big city with unique architecture but with the same thing with tiny differences. And in the second it had land marks yet and the buildings were different than the first but they were extremely repetitive. But what really disappointed me was that in InFamous 2 was that they Killed off Cole. It was the one thing that I absolutely hated, the ending of InFamous 2.  On the good ending Cole dies, on the bad Cole kills Zeke, and it can’t be InFamous without both so I think that at the end of the second when the boat is going off in the distance and lightning strikes it, it revives Cole. On the third InFamous’ beginning would have two options the Good side or the Evil. All in all I would give the series a 8.5(Great Game) out of 10(must buy).

This is my opinions and my review of the game series. Hope you enjoyed Reading.

Welcome to your brand new blog!

This is a sidebar and can be changed in Widgets in your dashboard.

You can also modify number of sidebars in theme options! 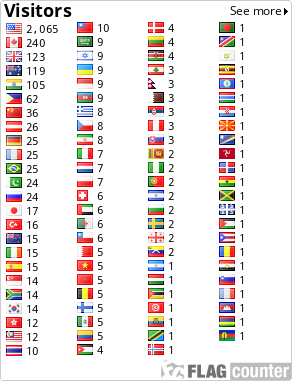